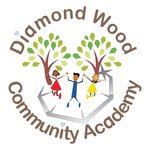 Our Councillors are from across Year 1 and Year 2 and are:

The aim of school council is to allow the children to have a greater voice in what happens at school and how to improve the school environment. School council meets every Monday lunchtime with Miss Harrison to work on different projects as a team.

During Autumn 2, school council were introduced to the concept of fundraising. They worked together to think of some ideas of how we could do this at school. As a team we decided to create some eco-friendly Reindeer food for Christmas. This was then sold at the school fayre and after school in each year group playground for £1 each. The money raised was decided to go towards new Ipads for the school to use.

During Spring 1, school council continued to fundraise for Ipads. As a team they discussed new ideas of how to raise money for school. During the meetings the children decided to have a Movie Night at school. This was then decided to be held after school on day where the children were able to watch a film together in the hall. They were also able to enjoy having juice and biscuits with their friends.

During Spring 2, school council were focusing working on International Women’s Day. This was an event held in school every year to celebrate women. As this was a school event both school council and eco council worked together as a team. They were able to hand out reusable bags to the guests who had attended. They were also able to sell some knitted flowers and raise some more money for the school Ipad fund.